Skip to navigation | Skip to content | Skip to footer

What does it cost to own a canal boat? 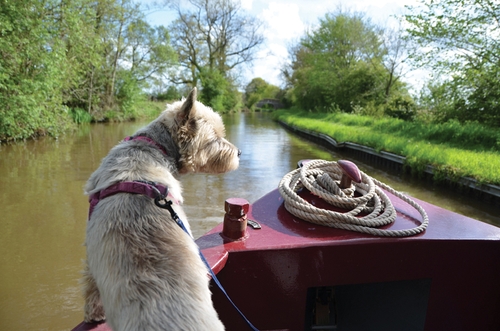 There are fixed and variable costs related to owning and running a canal/narrow boat.

Fixed costs are those that you will face whether you cruise in the boat or leave it tied to a mooring. These include, for example, license fees, a Boat Safety Certificate every four years, compulsory insurance, and of course mooring fees. Variable costs depend on how often you use and maintain the boat - fuel, gas, servicing and maintenance costs such as repairs, hull blacking, toilet pump-out, solid fuel for the stove possibly, and even shoreline electricity.

Every owner is different, cruises for longer or shorter periods, moors in a marina or opts to lie alongside a farmer's field or uses the boat only in the summer months. Each chooses the level of comfort wanted on board. The costs will be a little different in each case, so we have chosen as an example a 54ft (16.62m) narrow boat in regular use and well maintained.

Moorings are likely to be your biggest fixed cost and they can vary tremendously around the country. They will also vary according to facilities, levels of security, locality, and of course the length of the boat.

A farmer's field with no facilities will be a few hundred pounds a year, but a premium mooring could cost £2500 pa or more. Residential moorings will cost more.

Club moorings are often less expensive and bring the advantages of social life - but with responsibilities too. Canal and River Trust long-term moorings on the canal network are sometimes available.

Insurance currently costs around £300 per annum.

A 54ft Canal and River Trust (CRT) boat licence costs around £700 per annum. There are a number of other navigation authorities so licence fees will vary according to whose navigation you keep the boat on, as well as boat size. Location and usage may also determine how often you will be paying short term licences for visits to other navigation areas, although these days the Gold Licence Scheme for CRT and Environmental Agency navigations make a lot of sense.

Estimating the variable costs can be fairly difficult. The good news is that they are not high compared with what you will have spent so far.

Most boats can cruise the canal system for 3.5 hours on a gallon of diesel, a little less on rivers. Whilst red diesel continues to be available on the canals, additional duty charges now mean prices are comparable with road diesel for propulsion. A lower duty rate is payable on any fuel used for domestic purposes which includes battery charging and heating. The recommended duty split between propulsion and domestic is 60/40. At current prices this works out at less that one pound per hour cruising. Budget for £400-£500 per annum for fairly intensive cruising.

Fuel for heating and cooking

The engine oil should be changed regularly (every 200 hours), which costs about £75 including filters.

A toilet system with a large remote tank will need about four or five pump-outs per year at approximately £14-£16 each – say £90.

You could add between £300 - £600 for hull blacking every two to three years. Anodes suppress corrosion due to electrolytic action and should be inspected and replaced if necessary at the same time as hull blacking. These will cost around £250 - £350 per set fitted. Make an allowance for contingencies such as minor breakdowns, around £100 per year, you have a grand total of variable costs of about £1250 per annum.

To give a rough guide, annual costs for running a 54’ boat for approximately 3000 miles per year and mooring on a “premium site”.